August 02, 2017
'Peace begins when the hungry are fed'
Without a jaded shade of doubt, the NCR region is the most developed region in the north India. But at the same time, a bitter truth is that the area has most number of slums and a vast population is even deprived of proper meal. Even though the government is making some efforts to eradicate this problem but it is time we shall come together to support these people with proper meals.The Interact Club of Arvind Gupta DAV Public School , Model Town Delhi , under the guidance of the school principal and interact teacher incharge and the support of the parent Rotary club , RCDM initiated the project 'Feedy The Needy' ,wherein the club collaborated with 'The Roti Bank' an organization working on this project .Mr Raj Kumar Bhatia , who along with some friends started The Roti Bank around two years back addressed the students in the morning assembly on the launch of the project in the school i.e on 24 July 2017 and sensitized the students about the issue. The students were told how they can contribute, they were asked to bring two rotis with pickle and drop in the Roti box which will be collected by volunteers from the roti bank and then distributed among the needy in the near by slums. On the day of the launch 90 packets were sent to the Roti bank and the number is increasing day by day. This is the project for the year , which the interactors are doing very enthusiastically. They not only contribute but also motivate others to join . The  members of the Rotary club of Delhi Metro appreciated the effort and promised they support to this noble act. 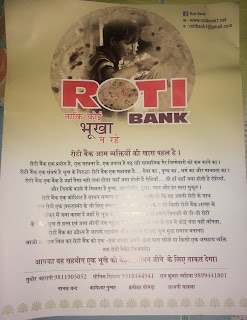 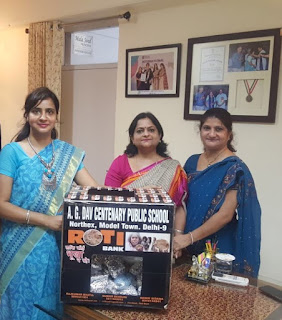 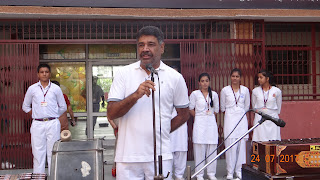 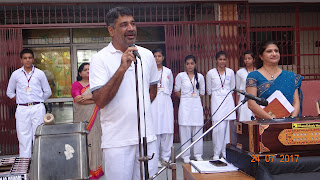 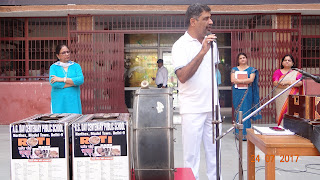 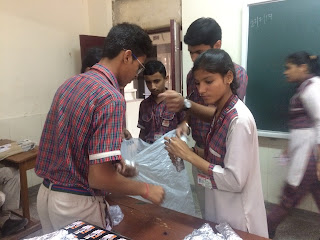 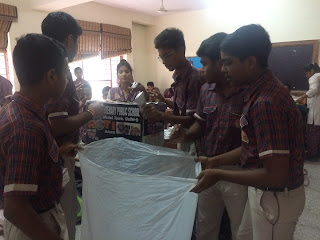 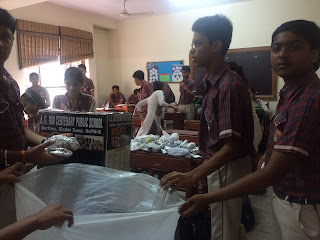 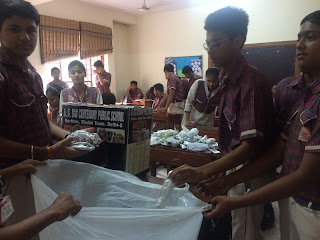 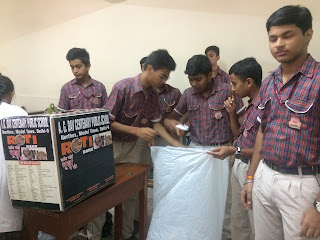 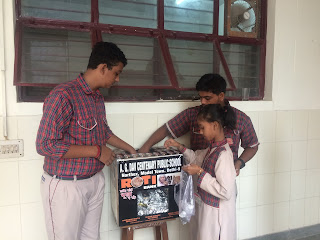 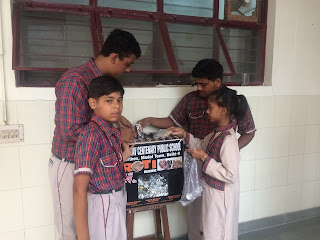 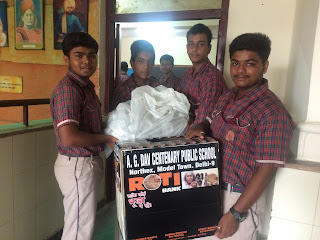 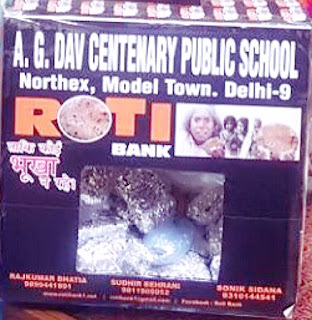 Popular posts from this blog

Interact Week 30 October - 5 November 2017 Every year, Interact clubs take action to make a difference in their communities through service projects. During the first week of November, World Interact Week, we’re celebrating their efforts and commitment to Service Above Self. Here are some ways Interact Club of Agdav celebrated this week 30/10 A meeting of all the office bearers was held wherein the Teacher incharge & the president Aman Alam told the interactors about the wo rld Interact week and asked everyone to give suggestions as to how to celebrate this week, the interactors came up with many ideas 31/10/17 A meeting of all the interactors was conducted by the President Aman . The president talked about the world interact week and the program & events planned , he also seeked suggestions from all the interactors. The meeting was very interactive as everyone had to say something and thus participated with enthusiasm 1/11/17 Interact club interacts with Rotary club On 1
Read more

Thalassemia, an inherited blood disorder, a disorder which people are least aware of; which can be prevented from becoming a disease for some new born child Taking a step forward in saving our future generations, the Interact Club of Arvind Gupta Centenary Public School ,Model Town organized an awareness workshop on THALASSEMIA on 27 December 2017 in the school premises for spreading smiles and lighting up the world by making parents & students aware of the disease. The Talk  was delivered by a social activist at heart, Voluntary Motivator, District Chairperson, Thalassemia Awareness, Rotary Blood Bank Committee, and a qualified Orthoptist, Dr. TEJINDER SINGH The keynote speaker Dr. TEJINDER SINGH was welcomed by Dr Saroj Khanna ,President RCDM . The talk was also attended by Rtn Anil Rai & Rtn Nirbhay Narula. Session 1 Session one was conduct for parents ,it was an interactive session where Dr Tejinder first asked and then told about Thalassemia, Dr Singh said that if two
Read more

October 29, 2017
“It’s not how much we give that matters but how much love we put into giving that matters.” – Mother Teresa We all know how great it feels to receive gifts. However, the joy of getting is short-lived. Our lives are richer when we share, and that great inner joy comes from helping others to better their lives. Truly giving from the heart fills your life with joy .As Mahatma Gandhi said, “To find yourself, lose yourself in the service of others.” Giving takes you out of yoursel f and allows you to expand beyond earthly limitations. True joy lies in the act of giving without an expectation of receiving something in return. The members of the Interact Club of the school experienced this joy today when they visited Prayas a school for the underprivileged and celebrated the Festival of Lights with them. It was a feeling beyond any words to see the happiness on those faces, the interactors presented some dances & song but the most enthralling part was the children of Prayas dancing
Read more